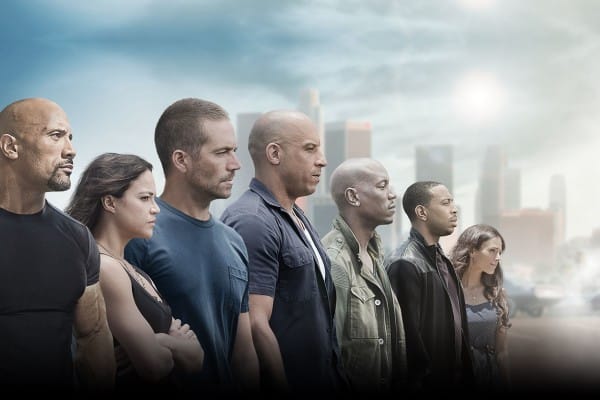 7 Reasons Fast and Furious 7 Is A Modern Classic

Fast and Furious 7 is widely considered as the action movie of 2015 and rightfully so. The seventh instalment in the hugely popular and profitable franchise was directed by James Wan and stars an all-star ensemble led by Vin Diesel (Dom, the Black Ops assassin), Paul Walker (Brian, an ex-cop), and Dwayne Johnson (Luke, the CIA agent) as the protagonists, as well as Jason Statham (Deckard Shaw, a shadow) as the main antagonist. The story starts from where the sixth instalment ended when Deckard Shaw vowed to go after his brother’s killers.

The movie was released on April 2015 in various formats including 3D, IMAX 3D, and 4DX as well as 2D in cinemas across the world, such as in AMC and Carmike in the United States.  It was considered as 2015’s second-highest grossing film with gross proceeds of $1.511 billion and for good reasons, too, as explained below.

And for these reasons, Fast and Furious 7 is now considered a modern classic that future action films will want to measure up to in terms of the high-adrenaline action scenes and tear-inducing tribute to one of its main actors.

Paul Walker’s character was the counterpoint to Vin Diesel’s character in the franchise and the two were good friends on and off the screen. But his tragic death via a high-speed car crash resulted in a revised storyline wherein Brian, his character, was shown as separating from the crew as he led a more normal life as husband and father. At the end of the movie, the actors made a touching farewell that made even the grown men in the audience shed a tear or two.

Macho Through and Through

If you want a testosterone-filled action movie with more of the action and less of the theatrics, then Fast and Furious 7 is the must-see movie on your 2015 list. The men are men in appearance and actions while the women can kick-ass, too, in their own ways – and we love Michelle Rodriguez, too, because she is just as fearless as the men.

Family, Neither Just a Crew Nor Just Friends

The car-loving, speed-chasing bunch considers themselves neither just a crew nor just friends but family, a fact that Dom reiterates a few times in the film. As a family, each member looks out for the others even when it means risking their own lives, a selfless action that resonates with people who are in tightly-knit groups themselves.  The romance and bromance in the film make for compelling stories, too.

Yes, everybody loves Dwayne “The Rock” Johnson! What’s there not to love about him as an actor and as Luke, the CIA agent who is now part of the crew? When he calmly states, “I am the cavalry”, we completely believe him because he looks like he is the cavalry.

Whoever thought of letting tricked-out cars drive out of an airplane is a genius! Cars skydiving and landing on a treacherous mountain road are arguably the highlight of the movie – but, of course, you can agree or disagree when you see the rest of the film.

If the big bad villains in movies are as compelling as Jason Statham, then we want Jason Statham in every action movie for 2015 and the years beyond.

Watch the movie and there will be no dull moments in terms of explosions. Even Brian’s home was shredded to smithereens with a bomb in a package.  Besides, you have been watching the Fast and Furious franchise not for the bromance per se but for the spectacular explosions, cars and bodies.