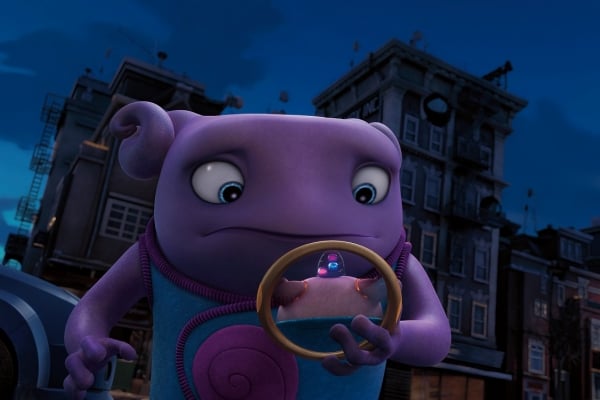 Home: The Animated Film That Brought Home the Bacon for DreamWorks

DreamWorks has been down in the dumps with its series of less-than-satisfactory performances at the box-office. And then came along Home that eventually brought home the bacon for the film company.

Perhaps it’s the excellent computer animation. Perhaps it’s the theme of two creatures that should have been on opposite sides of the fence yet come together for a common purpose. Perhaps it’s the exploration of the concept of home. As moviegoers will know at the end of the movie, it is the combination of all three that made Home such a hit despite its potty humor gags – or maybe the gags added to the delight of the kids and the kids-at-heart watching the movie. Home is a 3D computer-animated film categorized as buddy comedy fare, which was produced by DreamWorks Animation. Based on the popular 2007 children’s book authored by Adam Rex, The True Meaning of Smekday, its voic cast includes many of Hollywood’s stars including Rihanna, Jim Parsons, Steve Martin, and Jennifer Lopez in the leading roles.

Its premier film showing was at the Boulder International Film Festival on 7 March 2015 with general release in theaters, such as Carmike, Cinemark, and Cineplex, on 27 March 2015. It received mixed critical reviews but it was a resounding commercial success with $385 million in gross receipts worldwide, thus, bringing home the bacon for DreamWorks Animation.

At heart of the movie is the question, “What makes a place a home?” The Boov, little six-legged space aliens, finds it a tricky question as they have no home to call their own – they are, after all, always on the run away from the Gorg, their mortal enemy. Instead of running from one country to another, however, they run from one planet to another between solar systems so “home” is anything but permanent.

And then they came upon Earth. The Boov invades it but places all the humans in a resettlement area in Australia (Happy Human Town) except one girl – Tip – who was holed up in her apartment and escaped the forced relocation. This is where the fun begins because Tip sets out to find her missing mother, partners with Oh, an outcast Boov, and saves the Earth from certain destruction.

Joyride for Kids and Adults

Kids are obviously the main target for the movie but parents, among other adults, will find that Home also taps into their inner kids. Oh, the bumbling Boov, gradually learns the importance of family and home from Tip as the duo sets out to find Tip’s mother.

Tip’s consistent love, loyalty and sacrifice show Oh that survival is not the be-all and end-all of existence but love, relationships, and commitment make life worth living. As Tip says and as parents will agree, “You don’t leave family!”

Aside from the strong moral values about the importance of family, Home is also notable for its use of potty humor and slapstick that even a 3-year old can appreciate (i.e., giggle or laugh about). For example, Oh bites into a urinal tablet, brushes his teeth with a toilet brush, and muses about the different ways to “go” while Tip discusses Oh’s Boov butt. Even Tip calling Oh “a lying fart face” will delight the young people in the audience without raising the alarm among their parents.

The slapstick scenes are aplenty, too. Oh, for example, causes slapstick destruction by demolishing buildings and smashing vehicles. Smek, the Boov leader, regularly bonks the bumbling Oh on the head with a staff.

The verdict: Home is a must-see popcorn fare for the entire family. Its slapstick scenes and potty humor keeps the moviegoers’ laughs and giggles coming while its core message of home will please the parents.