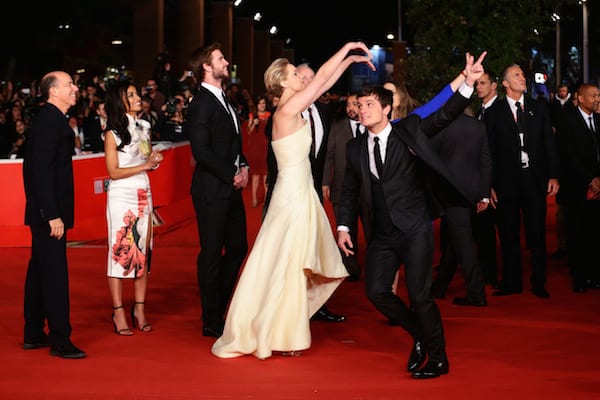 How to Have a Better Appreciation of Movies

At the end of the Movie, roughly 10-15 minutes is spent showing everyone in the theater the names of the people involved in its production from the producers, writers, cast and crew along with everyone else involved including the guy who got the doughnuts for Tom Cruise. This only goes to show that to make a film that’s worth two hours , a lot of people and hours have gone into making it and they are all proud and confident that what they’ve made is something special so as to place their names in the credits saying boldly that they are responsible for what you have just seen.

It must be very disappointing for them to see their hard work as part of a list of worsts. And so, in defense of all movie makers, this article would like to question the objectivity of such a list.

An article can do it in another way. To save himself from all obligations and guilt, he can call for a poll and ask everyone to list down their choices and present the tabulation as the source for the listing. Now, is this fair?

The average person sees twelve movies a month. If a person can declare a movie to be one of the worst then, he must have seen it. And if he did see it along with his twelve choice movies for the year then, that movie may not be bad at all; only disappointing per that person’s point of view because why will he see it in the first place if the movie was not promising to be very good? Why will a person include the movie in his top twelve? In any case, that person cannot say that a movie is the worst. All he is saying is that it’s the most disappointing movie he’s seen out of the twelve he saw last year.

Why is this article making such fuzz about all these?

It takes a lifetime to be inspired to create something in canvass as it is to write a story on paper with the purpose of transforming it into small frames to create a moving picture. It takes years to come up with two hours’ worth of a statement or entertainment. But, it only takes a few minutes with a few strokes of the open to define this art form. The critic, with his mighty pen, can either influence people to see the movie and have a glimpse of a person’s life’s work or tell everyone to ignore it and just let it pass unnoticed and unappreciated.

It seems that the abstract painting has it better with its bunch of colors that may have been carefully thought of or just thrown unto the canvass to form however it wants. At least that abstract painting will get the respect it deserves. Those who cannot understand it won’t make any derogatory remarks. The two hour film, with all the work and heart that went to its production, will suffer harsher words from self-proclaimed critics.

Movies are screened in the privacy of movie theaters, always inviting but never forcing anyone for an audience. And once somebody has been seated, the chairs don’t come with any restraining harnesses that will prevent anyone from leaving.

The movie will cost just a little over $10 but the cost that went into that two-hour show could be in the ball park of millions. For two hours, you will be taken from your world and transported into another. If the movie is to your liking, you will have the story for the rest of your life. If it failed to be entertaining and engaging, you can simple forget it.

The quality and value of a movie will always be subjective. The experience is never about the movie and the audience. It has always been about you and the movie producer. If he made you laugh, cry, empathize or reflect upon your own life in relation to the story he had to tell then, applaud him. He fails to do that then, simply say, “Nice try”. But, never under any circumstances, discourage anyone from seeing his movie for that is no longer your business. That encounter is between the producer and that particular prospective movie viewer.

Keep an open mind and create your own personal encounters with a movie maker in your favorite Cineworld or Vue Cinema theaters and enjoy a great two-hour life’s work.