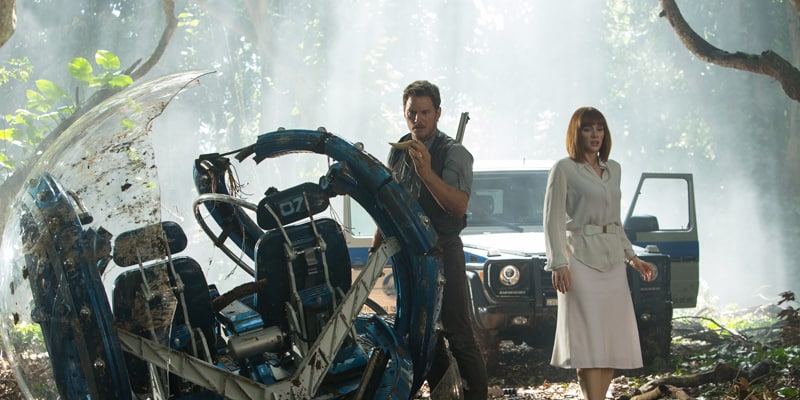 Jurassic World: Following the Footsteps of a Classic

Following in the footsteps of classic movies, especially when these films are considered as among the highest-grossing films of all time, can be challenging, to say the least. This is the case with Jurassic World, the fourth instalment in the Jurassic Park franchise popularized by the legendary Steven Spielberg himself, but the 2015 film has proven itself worthy.

A Decade in the Making

Keep in mind that the first three Jurassic Park films especially the first instalment are considered as commercial and critical successes, with Oscar awards for sound editing, sound mixing and visual effects to boot. The original Jurassic Park is also an adventure on its own that the sequels sometimes appear to be moot but we all enjoyed the ride – and if you are a fan, you may still be enjoying the ride.

Jurassic World then has big shoes to fill but, as later events have shown, it has filled them admirably. Universal Pictures planned to release the fourth instalment in the summer of 2005 but creative differences including script revisions resulted in its release 10 years after the target date – and it was worth the wait.

The film was first released on 10 June 2015 in Europe followed by June 11 in India, Malaysia, and Australia. North American theaters like AMC, Harkins and Regal opened their doors for the movie on June 12.

Jurassic World has since then become a modern classic itself as well as reached many box-office achievements that its predecessors did not during their releases. First, it is the first film to hit the $500 million-mark in a single weekend worldwide. Second, it is considered as the third-highest grossing film of all time with gross proceeds of over $1.5 billion worldwide and the bestselling film for 2015, so far; Jurassic Park comes second in the franchise with a worldwide haul of over $1.029 billion.

The film stars Chris Pratt, Bryce Dallas Howard, Ty Simpkins, Vincent D’Onofrio, B. D. Wong (the only one who returned from the previous film), Omar Sy, Nick Robinson, and Irrfan Khan. It was directed by Colin Trevorrow.

Living up to Expectations

Jurassic World is set 2 decades after the tragic events at Isla Nublar, the setting for Jurassic Park, but the events that will follow are also set on the same island. History repeats itself but in a more spectacular way. John Hammond, the enthusiastic billionaire who envisioned a theme park with dinosaurs as the main attraction will certainly be happy with the current developments.

Jurassic World is the fully-operational, highly-popular theme park filled with dinosaurs of all shapes and sizes – and wonder of wonders, its attractions are accessible to everybody with the money in a similar manner as the Disneyworld we have now. But the theme park’s investors want a bigger, badder dinosaur that will bring in more crowds and, thus, more money.

This is where Indominus rex, a genetically modified dinosaur, comes in – or more appropriately, creates chaos in the park, sows fear in the hearts of men and animals, and gets the heart-stopping action starting. Indominus rex is a blend of the DNA of several dinosaur species including velociraptors and the T. rex, among others, resulting in a powerful, intelligent and feature creature that will certainly be a top draw in the theme park.

But the Indominus rex being the manmade monster that it is, it begins to turn against its creators – and Jurassic World becomes the scene for a bloodbath. And herein lies the beauty of the Jurassic franchise – the animals may kill their own kind and humans but the humans will prevail with their superior intelligence. The engaging joyride along the way is the icing on the cake of the humans finding ways to not only escape with their lives but to eventually re-claim the island for themselves.

The verdict: Watch Jurassic World and let yourself be transported to a time when living dinosaurs will walk the Earth.