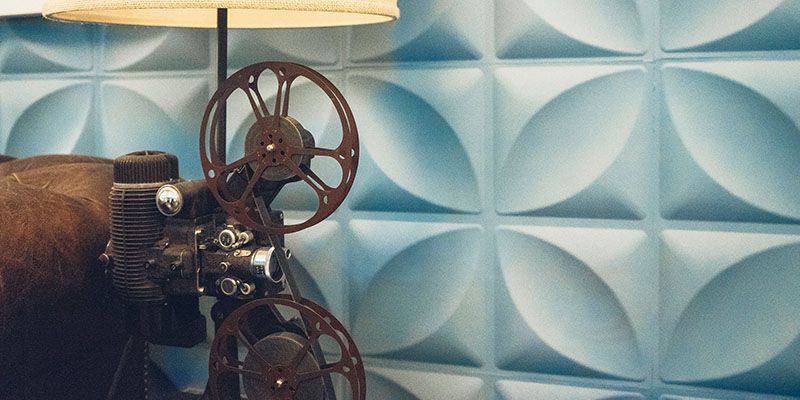 Not to be confused with the friendly ocean dog – the manatee – matinee times are defined as the following:

An entertainment, especially a dramatic or musical performance, held in the daytime, usually in the afternoon. – Dictionary.com

A musical or dramatic performance or social or public event held in the daytime and especially the afternoon – The Saturday matinee was so crowded that we had to sit in the second row. – Merriam-Wesbter.com

An afternoon performance is called a matinee, like a matinee performance of a play that starts at two o’clock. – Vocobulary.com

A movie starting in a non-peak period of cinema customer traffic, generally considered to be in the afternoon. – MovieTheaterPrices.com

Basically, movie matinee times are in place to encourage more people to head to the movies during the cinema’s less busy times. More often than not, these times start between 9:00 am and 12:00 pm and range to 3:30 pm and 6:00 pm.

Cinema’s in the United States and various other countries have adopted this practice in order to increase revenues, and increase their customer base to those enticed by lower priced movie tickets.

Today in 2017, matinee times are still used by cinema chains in the United States – although, unfortunately, they aren’t standardized across the cinema chains which means all of them have different times. So if you frequent multiple cinemas for a matinee movie, you may find yourself unintentionally purchasing a normal ticket instead! Which is why we created this page.

Here are the matinee times for a number of cinemas across America:

*Please note the times are general in nature. Please contact your local theater to confirm.

Have you ever wondered just exactly what are matinee times? Wonder no more! Matinee comes from the French origin – matin – which simply means ‘morning’. Matinée (pronounced ‘mat-i-nay’)(see below for audio) in French literally means “morning performance”. Over time, though, as the English do, we’ve transformed the word into how we want to use it. Today, as you likely know, matinee in the USA and most western countries refers to an afternoon or daytime performance of theater, cinema, or broadway.

Originally, however, the French coined the term from the 1930’s to the 1960’s to be used with one of their most loved past times – the Opera. As with A-list concerts today, normally there is always an opening act to warm up the crowd beforehand – same in France. The Opera was the A-list celebrity, and a movie was shown beforehand as the opening to warm the crowd up. Often, many handsome men were cast in these films, sparking the term – matinee idol. There is a discussion on Word Reference revolving around the origins if you’re interested in discovering a bit more.

Now, the next time you head to the movie during a matinee time you can show all your friends how smart you are by spitting some slick matinee history!

The United States and Canada are the two largest countries which extensively use matinee times in cinemas across the country. Most other countries simply refer to discounted tickets to movies shown earlier in the day as early-bird/afternoon/morning tickets.

When are Matinee Times?

As you can see from the above table – the typical times for American cinema chains to price their tickets at matinee prices is generally morning to mid-afternoon. Some extend their times to the early evening and others start off in the morning as well.

There are thousands of individual movie theaters in the United States, and much more across the world, so we are unable to effectively managed matinee times for each individual cinema. Instead, we ask you simply contact the theater you’re planning on visiting to confirm their own matinee times if it’s important to you.

Matinee times first originated in France during the 1930s to 1960s and were used to describe movie showing before the evening Opera.

However, if you believe the general times above are completely out of whack – please let us know! You’ll not just be helping us, but thousands of fellow movie-lovers!

Which Tickets Are Discounted For Matinee?

After extensive scientific research* across many of the American cinema chains, we’ve found that 91% of the time only the general admission/adult tickets receive discounts during the cinema’s matinee time period.

Why? Simply because the children/senior/student/military tickets are already far cheaper than the cost of an adult ticket. Cinema chains make most of their money on concessions, so discounting the already low priced tickets as well may drive them into the red.

Again, you may be thinking about heading to a cinema in the 10% which do offer matinee discounts on all tickets – so we recommend you get in touch with them beforehand, could save you a lot of money!

How Do You Pronounce Matinee?

We know! Everyone loves to give each other crap for mispronouncing foreign words which have been adapted into an English version. Luckily for us, 21st-century technology had granted us platforms which provide pronunciation on just about every word in the English vocabulary!

Head to Youtube, and you’ll find hundreds of channels trying to make a living of pronouncing various words and settling arguments between friends and family. We listened to a few ourselves, and found this clip to be the best:

Of course, you’re more than welcome to pronounce it how we did when we first say the world – Mat-ti-knee. Everyone will still know what you mean, and that’s all that really matters.

If you’d like some more information on matinee times, or would like to see another cinema’s times added to the list – please contact us! There are many people wondering the same question you are – and you have the ability to answer it for them!