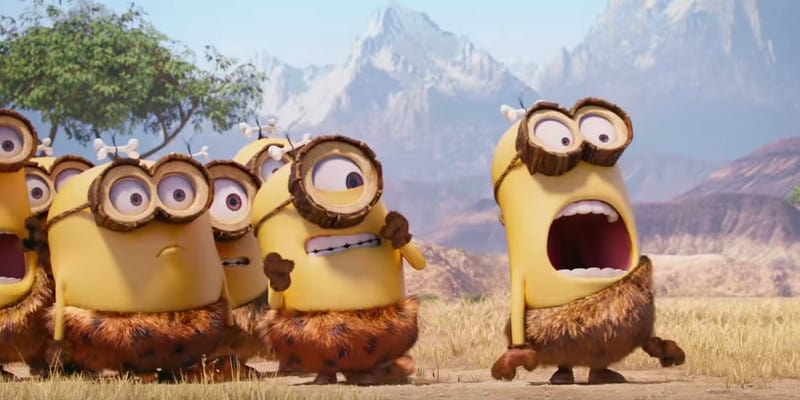 Hollywood likes spin-offs because the main movie already has an avid following so the battle at the box office becomes easier to win for the cast, director and producers. This was apparently the case with Minions, the highly popular spin-off and prequel of the Despicable Me franchise.

Background of the Movie

Minions is a 3D computer-animated film in the comedy genre. Pierre Coffin, its co-director, also lent his voice to the three primary minions, namely, Kevin, Bon and Stuart; Kyle Balda is the other co-director. Sandra Bullock (Scarlett Overkill) and Jon Hamm (Herb Overkill) lend their voices to the villains while Geoffrey Rush narrates the story

The film was produced by Illumination Entertainment, premiered on 11 June 2015 in Odeon Leicester Square in London, and released to the general public in theaters like Cineplex, Harkins, and Regal in the United States on 10 July 2015. While the critical reviews were mixed, the movie ruled the box office with worldwide gross receipts of over $774 million, so far, since it has yet to be released in China; the schedule is mid-September 2015 but the exact date has yet to be announced.

Such was its drawing power that it ruled the global box office for 3 consecutive weekends. With a reported budget of $74 million, the film has certainly made a tidy profit for Universal Pictures.

Becoming the Biggest in the Box Office

In the first two Despicable movies, the minions were shown as yellow creatures with goggles on their one or two eyes, a few lines of hair on their heads, and with denim coveralls covering their oblong bodies. All of them were simpletons –adorable henchmen to Gru, who fancies himself as the most evil villain in history, but simpletons, nonetheless

In Minions, the minions are still the same creatures with one notable difference – they were still searching for the biggest, baddest boss to serve. The minions are not just creatures that have been around since the primordial ooze came about but their exclusive purpose for existence is to serve the biggest, baddest boss no matter what shape, size and species it comes in. Name the evil villains in history and they have probably been their henchmen, including a T. rex dinosaur, Count Dracula, the Egyptians, and Napoleon Bonaparte, even the Yeti.

But there’s a problem: The minions have a predilection to accidentally kill their masters because of their simpleton nature. Their T. rex master plunged into a lava-filled abyss; the Egyptians were buried under the pyramid; Count Dracula was turned into ashes; Bonaparte was hit on the back with a cannon; and the Yeti was killed by cave ice.

And then Kevin, Bob and Stuart decided to come out of their Antarctica cave, find the baddest master, and rescue the tribe from the depression it felt due to the absence of a master. The trio – or more appropriately, the yellow Three Stooges in denim overalls considering their bumbling nature – became Scarlett Overkill’s henchmen. But the happy times do not last long because Scarlett Overkill wants to kill them.

The minions rescue themselves and finally meet Gru, their future evil master – and they lived happily ever after.

If you have seen the Despicable films, then you should know by now that the minions are anything but big bad wolves even when they want to be. The little yellow creatures are actually innocent, naïve and sweet in their intentions to make their master happy without thinking about the morality of their actions. For as long as their master is happy, the minions are happy.

All of these elements – the cite creatures and their earnest yet funny attempts at finding a suitable master – spelled gold at the box office. But the critics were a different story with most of them giving Minions average reviews, such as 2 out of 4 stars, because of the flat characterizations of the protagonists and antagonists, among others.

But if you want to be entertained by the yellow creatures, then Minions it is!