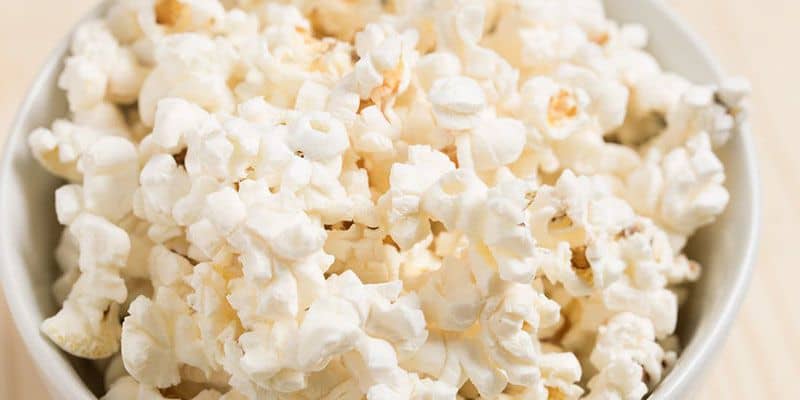 How Many Calories Are In Movie Theater Popcorn?

Have you ever wondered why, whenever you go to the cinemas there’s a wondrous smell always there to greet you? That smell is no accident.

It’s been proven smell is one of our greatest tools to attribute certain types of emotions. And in this case, it’s amplifying within you that if the movies smell good, you’ll keep coming back. But what exactly is that smell? It’s the world famous movie theater popcorn.

Of course, with such an amazing smell, it must be too good to be 100% sin-free. And it is. Movie popcorn has some of the highest calories per serve of any snack there is. Which is likely why you’ve come to this page wondering just how many calories you’re putting in your body when indulging in the buttery goodness.

There are many different types of popcorn served around the world, so we’ll try to include as many as possible.

If you’re interested, there is a brief piece of what exactly popcorn is, and why it’s so damn popular in movie theaters. We managed to find data on cinemas in the United States, Canada, United Kingdom, Australia, New Zealand, and a few others.

Some of the specific cinemas which we’ve found calories for include AMC, Cineplex, Cinemark, Odeon, Carmike, Hoyts, Village Cinemas, Regal, and Vue.

Here is the table with the calories in movie popcorn for each cinema:

Keep in mind all of the calories for the movie theater popcorn above are the standard salted + buttered variations. Unsalted and additional toppings may add more or fewer calories depending on what it is.

Nutritional information for the popcorn was gathered from a variety of sources. Where possible, they were acquired directly from the cinema’s website via their nutrition guide. If the cinema did not provide their own guide, information was found through user submissions in calorie counting sites such as MyFitnessPal and CalorieKing.

For those cinemas who have provided them, you can download the full guide below:

Obviously, you all know what popcorn is, but maybe not exactly what it is…

Popcorn is a specific type of corn which has been bred by humans for the sole purpose to pop into the scrumptious snack food we all love. Mexico was the first country to first domestic corn over 9,000 years ago. However, it was only until the 19th century before it was soon to take over the world.

During the 1800s, the kernels were popped manually, being sold under names such as Pearls and Nonpareil (which means having no match). These manually popped corns were sold across the east coast of the United States.

It was only until 1848 when the term popped corn was coined by one John Russel Bartlett in his Dictionary of Americanisms. You can read the book here – turn to page 257 to find ‘popped corn’.

Charles Cretor has been accredited with creating the first official, steam-powered popcorn maker in the 1890s.  They were originally used for roasting nuts, but Charles saw the opportunity to pop kernels on them as well.

Fast forward to the 20th century, and popcorn was starting to take the world by storm. It was extremely popular during the Great Depression due to its low cost of 5 cents per bag.

As you know, from that point onwards, popcorn has taken the world by storm. It’s an extremely popular snack food with Illinois even naming it as the state’s official snack food. As well, it’s become a staple snack in the movie theater experience, but why?

Why is popcorn popular in movie theaters?

To cut a long story short – the price was the main catalyst for the huge boom of popcorn in movie theaters.

Expanded the story just a little – back when movie theaters only played silent films, it was extremely silly to offer a loud, crunchy food to patrons disturbing the others around them. They had absolutely no interest in serving popcorn.

It wasn’t until 1927 when movies started playing films with sound did the number of people frequenting the cinemas, go absolutely crazy. This boom led to far more visitors and a far wider range as well.

Coming back to the Great Depression, many independent popcorn makers were falling on struggling times and were forced to innovate. They came up with an idea, little did they know it would change the world forever.

They started selling popcorn from their stands to people going into movies. And they absolutely killed it.

Popcorn kernels were unbelievably cheap to purchase, they would last for years, and just about anyone could buy the finished product with such a low price tag of 5 cents.

Unfortunately, the movie theaters eventually caught on. With many of them falling on hard times as well due to the depression, many saw the opportunity to keep their ships floating with popcorn.

Those theaters which took the initiative and installed popcorn stands inside their own theaters, saw profit soars. Those that didn’t saw them dive deep into the red.

Over time, the cinemas realized they were able to make a great profit on selling concession/food items within the building itself and continued to do so.

Popcorn has never left the movies since.

Over 1.2 billion pounds (534 million kilograms) of popcorn is consumed by Americans every year, and it keeps growing.

We don’t expect it to stop anytime soon. Popcorn is now served around the world, in movies, and in supermarkets far and wide. You’ll even find traditional popcorn stands and new techniques being used in the rural regions of China.

Now you know how many calories are being served up in your favorite theater’s popcorn, you’ll be able to portion exact amounts to meet your requirement without feeling guilty! Or simply splurge and gobble up a large box all for yourself.

Whatever the case, go forth friends and enjoy the salty, buttery goodness!