Here are the movies coming out this week on August 9th:

Dora and the Lost City of Gold 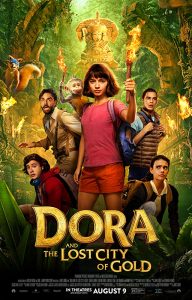 Dora, a teenage explorer, leads her friends on an adventure to save her parents and solve the mystery behind a lost city of gold.

Having spent most of her life exploring the jungle with her parents, nothing could prepare Dora for her most dangerous adventure ever: high school. Always the explorer, Dora quickly finds herself leading Boots, Diego, a mysterious jungle inhabitant, and a ragtag group of teens on a live-action adventure to save her parents and solve the impossible mystery behind a lost Inca civilization.

Get tickets now at Fandango! 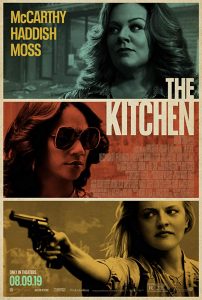 The wives of New York gangsters in Hell’s Kitchen in the 1970s continue to operate their husbands’ rackets after they’re locked up in prison.

Scary Stories to Tell in the Dark 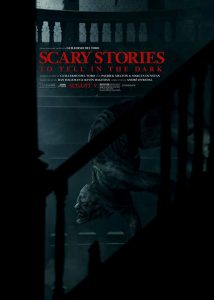 A group of teens face their fears in order to save their lives.

It’s 1968 in America. In the town of Mill Valley the shadow of the Bellows family has loomed large for generations. In their mansion on the edge of town that Sarah, a young girl with horrible secrets, turned her tortured life into a series of scary stories, written in a book that has transcended time – stories that have a way of becoming all too real for a group of teenagers who discover Sarah’s terrifying tome.