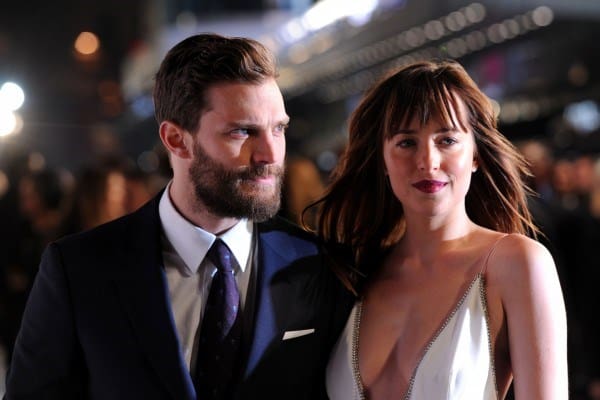 The Polarizing Effect of the Fifty Shades of Grey

But Fifty Shades of Grey was a truly polarizing novel in the sense that you either hated or loved it after reading its entirety. The readers who loved it raved about its relatable scenes where Anastasia talked to her inner goddess, or when Christian romanced Anastasia with helicopter rides, or when Anastasia was taken into seventh heaven by Christian’s skilled hands and mouth. The readers who hated it criticized E.L. James’ bad prose, cliché storyline, and ridiculous characterizations.

Cases in point: What college student in the city does not have an email address, smartphone and laptop? The short answer: Anastasia, apparently. What kind of person actually thinks along the lines of, “My medulla oblongata has neglected to fire any synapses”? Same answer.

And so it was with the movie. While Fifty Shades of Grey was a commercial success – it grossed over $569 million worldwide, thus, making it one of the top five highest-grossing movies for 2015 – it was widely panned by critics for reasons that will be discussed later.

The movie stars Dakota Johnson as the starry-eyed, virgin-in-waiting Anastasia Steele and Jamie Dornan as the bondage-obsessed, beset-by-inner-demons Christian Grey. It was directed by Sam Taylor-Johnson who successfully avoided letting the movie fall down the trap of a soft-porn feature but instead highlighted the character’s growing love for each other. The media widely reported the apparent friction between the director and author – and the moviegoers can thank their lucky stars that Taylor-Johnson stuck to her guns.

Its premier showing was on 11 February 2015 with worldwide release in cinemas like AMC, Carmike, and Cinemark two days later.

More to Love than to Hate

Judging by the box-office success of the movie and its announced sequels, most people who saw the movie loved it enough to recommend Fifty Shades of Grey to their family and friends. Let’s focus more on the reasons why people loved the movie and chose to overlook its weaknesses.

The daughter of two famous movie stars, Melanie Griffith and Don Johnson, Dakota Johnson has successfully achieved the ingénue look – emotionally sensitive yet sufficiently strong to face the onslaught of Christian’s aggressiveness. Her Anastasia is not the Anastasia in the book whose bubblehead stream of thoughts straddle the line between a simpering idiot and a prissy girl.

Here, Anastasia is a slowly empowered woman who may be impressed by Christian’s wealth but will not be taken for a ride either. She has a fascinating blend of strong resistance and compelling vulnerability that draws Christian in, hook, line and sinker.