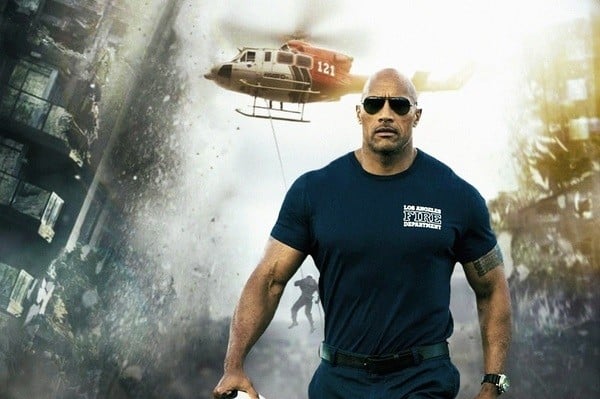 The Rock, Popcorn and Soda, and Disaster Movie: San Andreas In a Capsule

Dwayne Johnson, The Rock, has certainly come into his own as an A-list Hollywood actor albeit not exactly one with the dramatic depth to win an Oscar. His past movies, such as the Fast and Furious franchise, Hercules, and The Scorpion King, proved his growing popularity among the moviemaking community and the movie-going public.

His latest 2015 headliner, San Andreas, will test his muscle and mettle, so to speak, at the box office. The Rock has delivered! The movie itself as well as the actors may not give Oscar-worthy movies a run for their trophies but it has definitely ran laughing all the way to the bank, a true blockbuster in the disaster genre. Obviously, San Andreas is a movie based on the premise that the San Andreas Fault will actually move and trigger a massive earthquake followed by a tsunami in Los Angeles and its surrounding areas. Think of it as a movie tapping into the real-life fear of Californians about the destruction that can be caused by a massive earthquake. But since it’s just a movie, all the protagonists come out alive, even when they have been trapped under tons of debris, among other life-threatening circumstances.

Dwayne Johnson takes on the lead role as Raymond Gaines, an LA Fire Department Air Rescue pilot who set out to rescue his estranged family while also rescuing others along the way. Gaines’ ex-wife was supposed to move in with a new beau while his adult daughter was also becoming estranged from him before the disaster strikes. But family is family and Gaines goes on to rescue his ex-wife and daughter – in a heroic manner, of course.

San Andreas was a blockbuster film with worldwide gross receipts over $460 million. It was released on 29 May 2015 in both 2D and 3D in theaters across the United States, such as Cineplex and Regal, as well as in other parts of the world including the United Kingdom.

This is a disaster movie so you have to set realistic expectations about the plot as well as the fate of the protagonists. At the heart of San Andreas is the importance of family coming together in times of crisis regardless of their past disagreements, even in the face of an acrimonious divorce. The action scenes, disaster sets, and dialogues all serve the purpose of highlighting the heart while also sustaining the audience’s interest.

The Rock in character as Gaines keeps the movie going because of his can’t-miss charismatic presence onscreen. His character’s impressive physique, dogged determination to keep his family alive despite all odds, and his heroic acts toward others make San Andreas an entertaining way to spend more than an hour in a darkened room. Add in tubs of popcorn and cans of soda as well as good company and you are set to go.

The scenes after the Big Quake happens evoke many real-life after-disaster scenes. The deaths of thousands of people are implied in the movie although the audience will also see a few deaths shown onscreen, such as a man squashed by a shipping container, a couple falling into the abyss, and many crushed by falling debris. The looters also set to work even when the stolen things cannot be used in the near future, such as flat-screen televisions.

The verdict: If you want to see The Rock being, well, The Rock, then watch San Andreas with your crew.