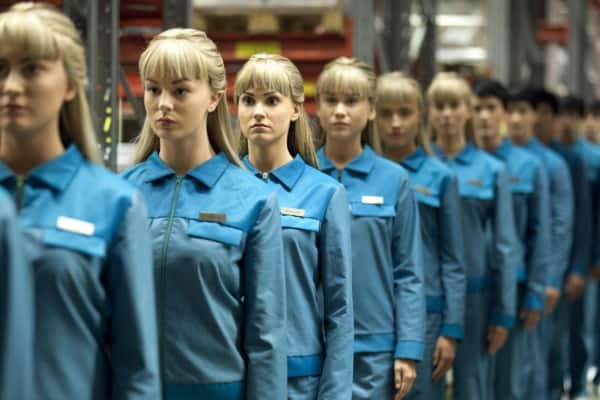 Back in the 1980s you knew an action film was going to about big men shooting at each other in a building. These days the genre has filled with all sorts of comic book superheroes and science fiction monsters but the non-stop pacing of action sequences continue.

2014 has been a good year for movies and a very good year for the action genre. If you’re not sure which one you missed at AMC theaters or what you can download this Saturday then why not consider some of the films listed below, ranked from 10 to 1:

This film is a little too long with a few unnecessary sub-plots but the movie still entertains solely because of the gravitas of the lead actor, Denzel Washington. Even with a so-so script he still carries the whole movie on his shoulder and it transforms into an engaging experience, albeit a few minutes too long.

The penultimate chapter in The Hunger Games saga, Mockingjay Part 1 ups the ante on every level. Jennifer Lawrence leads a stellar cast who all do their very best. The action is engaging, the special effects aren’t distracting, and the story dips into some deeper territories than before.

Of course since this is only half of a story, the ending feels little empty but this will be resolved when the last chapter is released and the films can be watched back to back, the way they were meant to.

The first movie in this series was an action-packed masterpiece and now the sequel delivers more with more plots, more action, and more characters. It feels less like a quick action set-piece the way the first film was and resonates more like a modern version of The Godfather with top-of-the-line martial arts.

It can feel a little bloated at times but there is no doubt that this is going to become one of the most revered action flicks of all time.

#7 Guardians of the Galaxy Guardians of the Galaxy shouldn’t have worked but it did. Marvel took an unknown property – a comic that only diehard geeks know about – and somehow turned it into the biggest blockbuster of 2014.

It doesn’t have the intricate plot of Captain America: The Winter Soldier but its loveable cast of characters and the Star Wars-esque feel of the movie make it one of the most enjoyable rides of the year.

Sometimes, you don’t need convoluted concepts for a good movie. Good characters, a decent plot, and perfect execution are all you need.

#6 Dawn of the Planet of the Apes

Dawn is a character study, not just of the ape characters but of humankind. It makes serious judgment calls regarding human nature and what defines a society when everything has hit the fan.

The apes aren’t special effects here – they’re real characters with their own stories, their own battles, and their own desires. They’re not cardboard cutouts and clichés. The first Marvel films of Phase 2 were a little lackluster. Iron Man 3 and Thor 2 weren’t as gratifying as they should have been, especially after the success of The Avengers. Captain America: The Winter Soldier defies that by delivering one of the best action flicks of the year.

It goes beyond comic book tropes and transforms into an action-packed espionage film that has the guts to talk about current issues in today’s society. It’s not afraid to tackle touchy subject matters and it doesn’t forget to entertain amidst its dip into deeper waters.

Just like Captain America, this X-Men flick melds important subject matters such as racism, prejudice, government control, and military control while still delivering all the action people want to see. Not to mention it still carries a cast of spectacular actors and actresses portraying mind-blowing characters.

Everything in this movie just works well. It even addresses the problems of past films like X-Men 3: The Last Stand and X-Men Origins: Wolverine. It is a send-off to the old cast and a perfect milestone for the new.

Godzilla had a lot to make up for since the last American movie was a disaster. The 2014 Godzilla focused on what has made the monster such an iconic figure in pop culture for decades and then ran wild with it.

The human characters mattered, the action was gritty, and the monsters – including Godzilla – had their moment under the spotlight. This movie delivered in every aspect expected of a giant monster movie.

Edge of Tomorrow is one of those action flicks you’d expect to be generic and cliché, boring and dull but it turns out to be one of the best action movies of 2014. The gimmick of living the same day over and over is actually played out very smartly in the plot and Tom Cruise isn’t actually a genuine hero in the movie’s first arc.

The ending is satisfying, the action is relentless, the dialogue is some of the smartest and funniest ever put on screen, and the two lead actors give it their all. It just so happens that one other film trumps this one: One could say that Keanu Reeves hasn’t had a good film since the first Matrix film but John Wick is a perfect comeback. This film is a throwback to the action flicks of the 1980s while retaining the fast pacing and hardcore action of modern movies.

There is no action sequence, line of dialogue, or special effect that seems out of place. Its length is appropriate for its script, the acting is top-notch, and you will leave your seats wanting more when the credits finally roll.